The phenomenon of bouncing back of a ray of light after striking on a highly polished surface is called reflection of light.

Properties of image formed by a plane mirror:-

The mirror whose reflecting surface is a part of sphere is called spherical mirror.

The spherical mirror whose reflecting surface is curved inwards is called concave mirror.

The spherical mirror whose reflecting surface is curved outwards is called convex mirror.

Pole(P):- The centre of the reflecting surface of spherical mirror is called pole.

Centre of Curvature(C):- The centre of the sphere of which the spherical mirror is a part is called the centre of curvature.

Principal Axis:- An imaginary line passing through the centre of curvature and pole is known as principal axis.

Principal Focus(F):- The point on the principal axis at which the reflected rays meet or appear to meet when the incident rays are parallel to principal axis is known as principal focus of the mirror.

Focal Length(f):- The distance between the pole and the principal focus of a spherical mirror is called the focal length.

Aperture:- The diameter of the reflecting surface of spherical mirror is called its aperture.

Ray diagrams of rays used to form the image in spherical mirrors:- 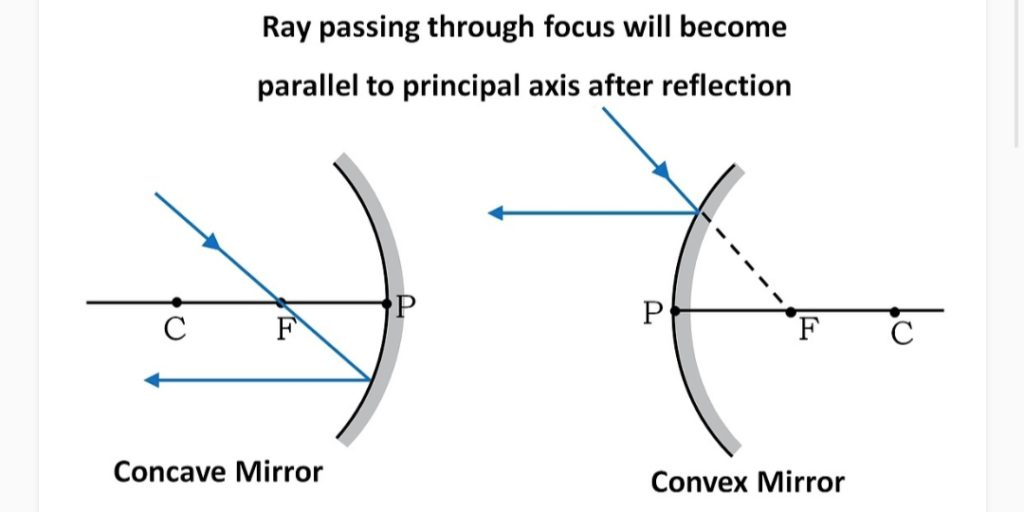 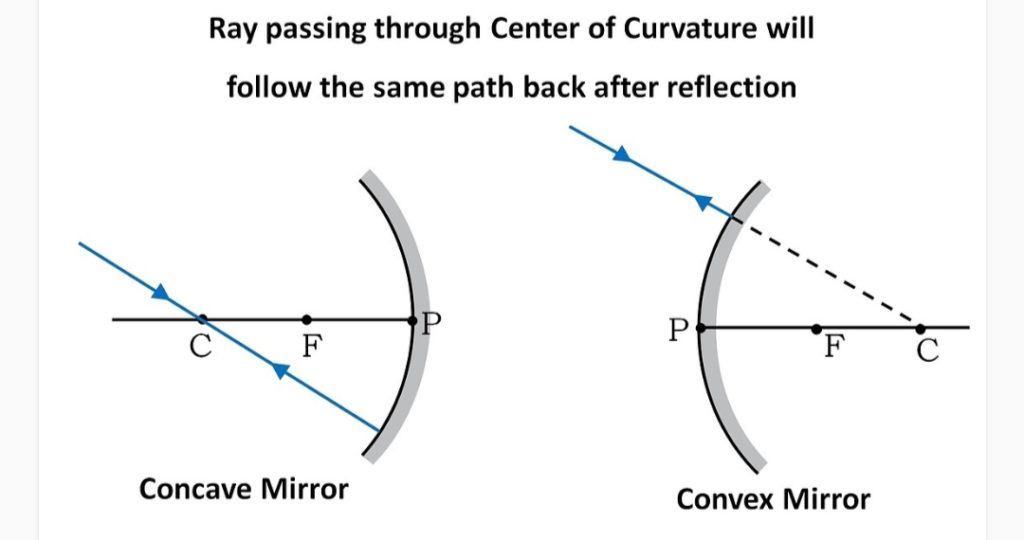 The phenomenon of bending of a ray of light when it passes from one medium to another medium is called refraction of light .

Refraction of light through a glass slab:- 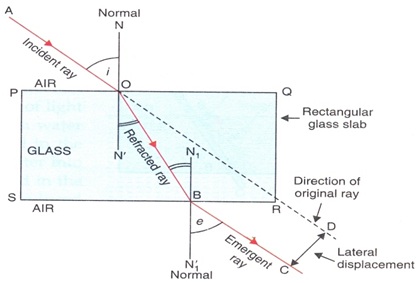 Laws of refraction of light :-

A lens is a transparent medium bounded by two surfaces, of which one or both surfaces are spherical. 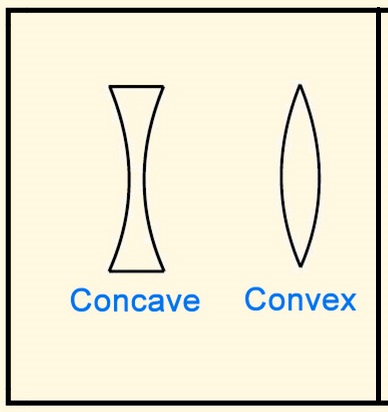 Centres of Curvature:- The centres of spheres of which the two spherical surfaces of the lens are the parts are called its centres of curvature.

Principal Axis:- An imaginary straight line passing through the two centres of curvature of a lens is called its principal axis.

Optical Centre(O):- The central point of a lens is called its optical centre.

Aperture:- The effective diameter of the circular outline of a spherical lens is called its aperture.

Ray Diagrams of Rays Used to Form the Image in Spherical Lenses:-

Power of a lens:-