Electric charge is the basic physical property of matter that causes it to experience a force when kept in an electric or magnetic field.

Every charge is an integral multiple of a basic charge i.e., charge on an electron(e–). 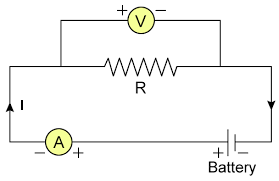 The rate of flow of electric charge is called electric current.

1 Ampere:- The electric current flowing through a circuit is said to be 1 ampere when 1 coulomb of charge flows through it per second.

The work done to move a unit charge from infinity to a point is known as electric potential of that point.

The work done to move a unit charge from one point to another point is called potential difference between the two points.

1 Volt:- The potential difference across the two points of a conductor is said to be 1 volt when 1 joule of work is done to move a charge of 1 coulomb from one point to the other.

At constant temperature, the potential difference across the ends of a conductor is directly proportional to the amount of current flowing through it.

Mathematically,
V ∝ I
V = IR where, R is constant of proportionality & is known as resistance. 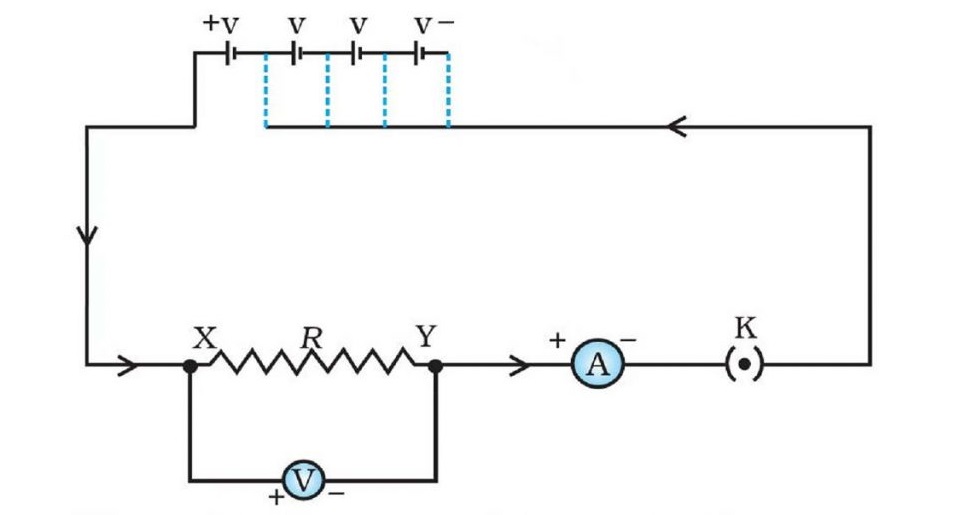 The property of a conductor to oppose the flow of charges through it is called resistance.

Resistor:- A conductor having some appreciable resistance

Variable Resistance/Rheostat:- A component used to regulate current without changing the voltage source

Factors on which resistance of a conductor depends are:-

The resistance of the conductor of unit length & unit area of cross section is called its resistivity.

➢ On increasing the temperature, both resistance and resistivity of a conductor increases.

When two or more resistors are connected end to end to each other, then they are said to be connected in series. 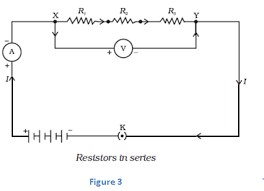 When two or more resistors are connected together between two points then they are said to be connected in parallel. 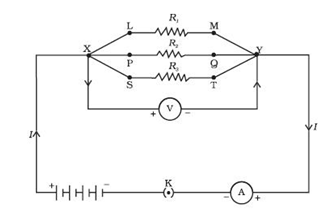 The amount of electrical energy consumed per unit time in an electric circuit is known as electric power.

1 Watt:- Electric power of an appliance is said to be 1 W if 1 A of current flows through it and the potential difference across its ends is 1 V.

According to Joule’s law of heating, heat produced in a resistor is directly proportional to

Conversion of Commercial Unit of Energy to S.I. Unit:-